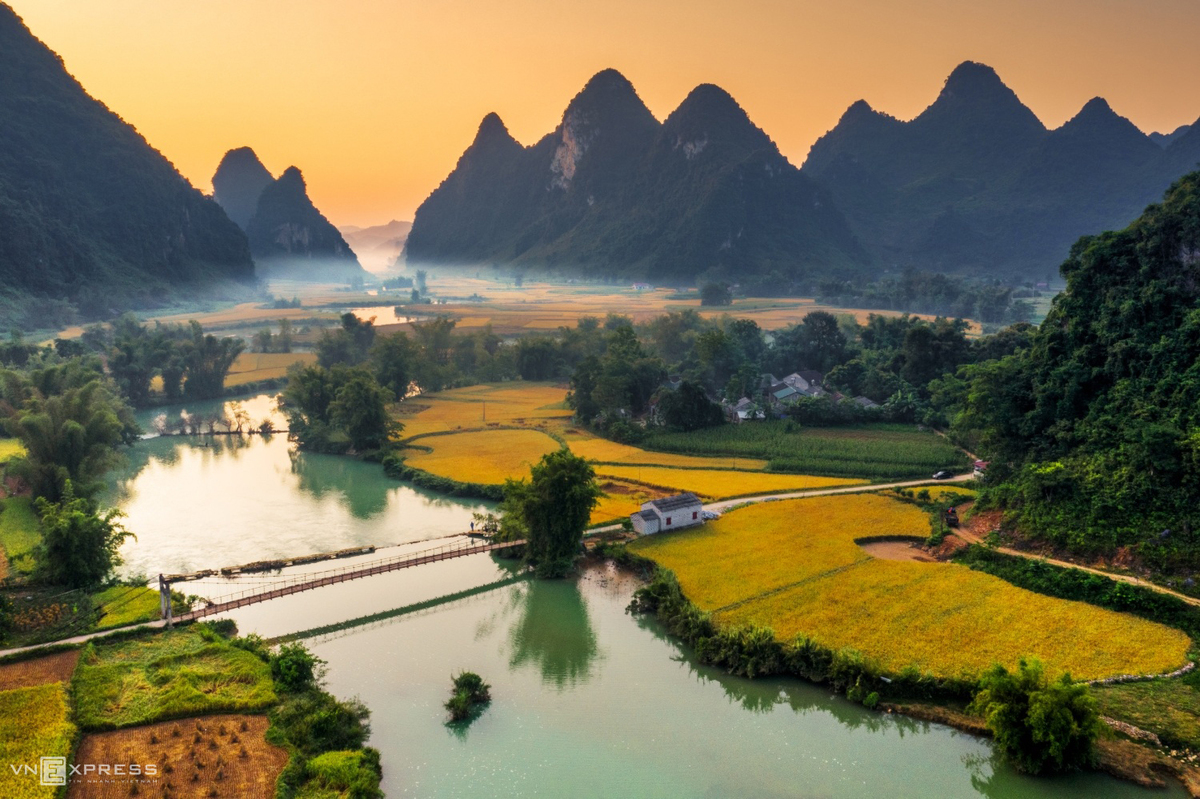 With a passion for photography, Nhan, a resident in Ho Chi Minh City, spends most his time traveling, focused on the rhythms of rural life. 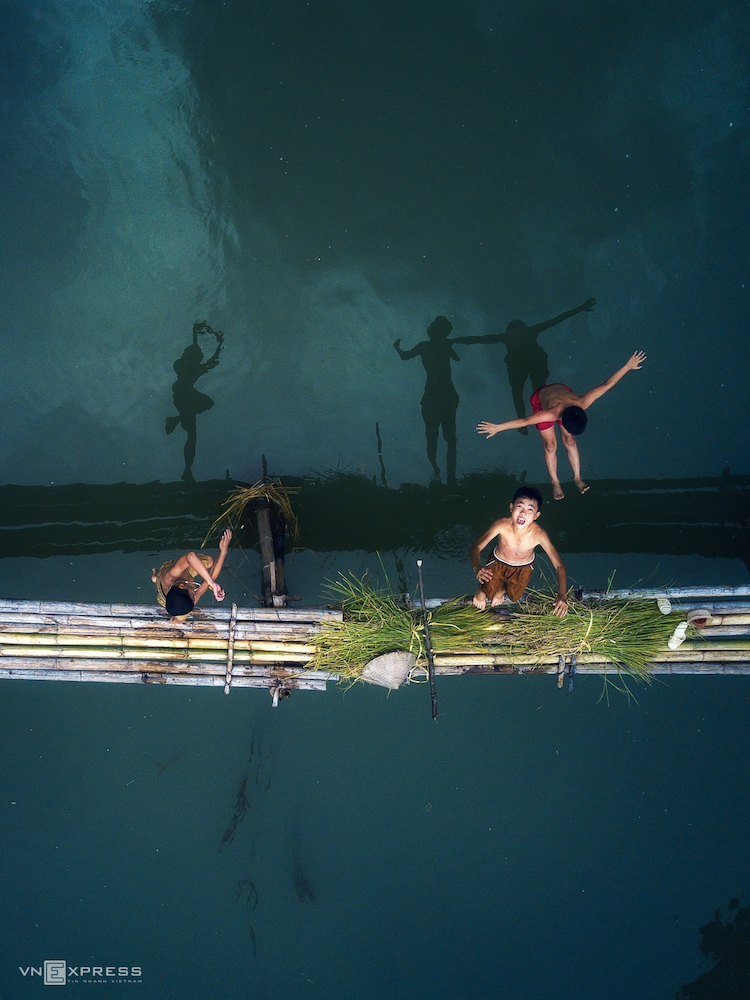 In one of Nhan’s photos, local kids cool down on a hot summer afternoon in Bac Son District, the northern province of Lang Son. 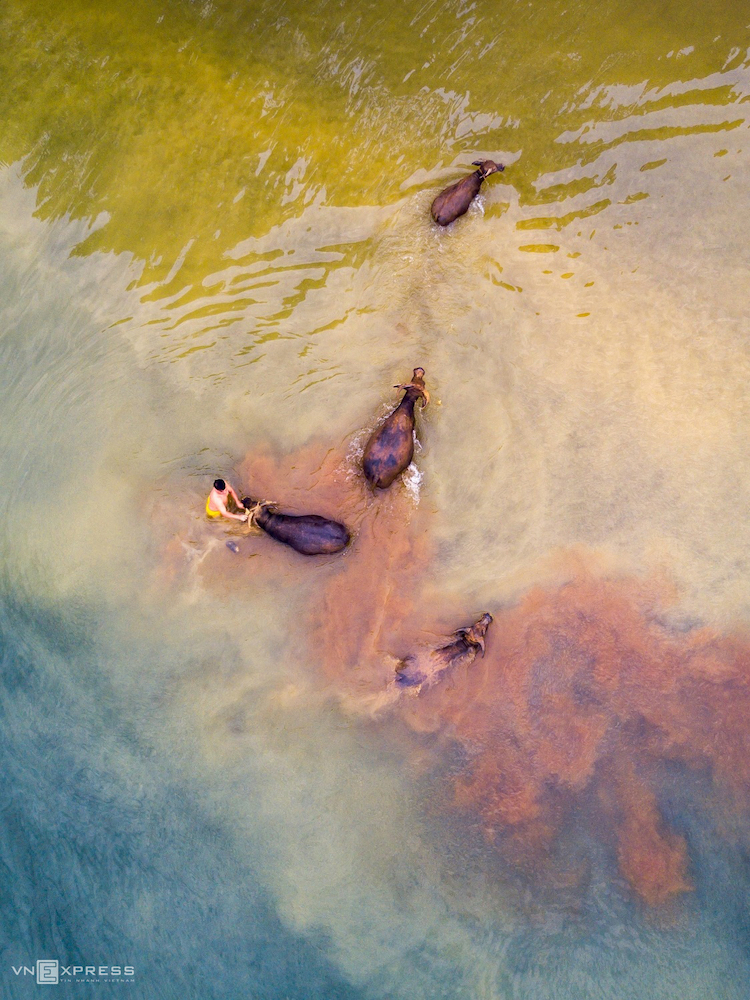 A farmer takes his buffaloes for a dip in Son Tay, a district-level town in Hanoi. 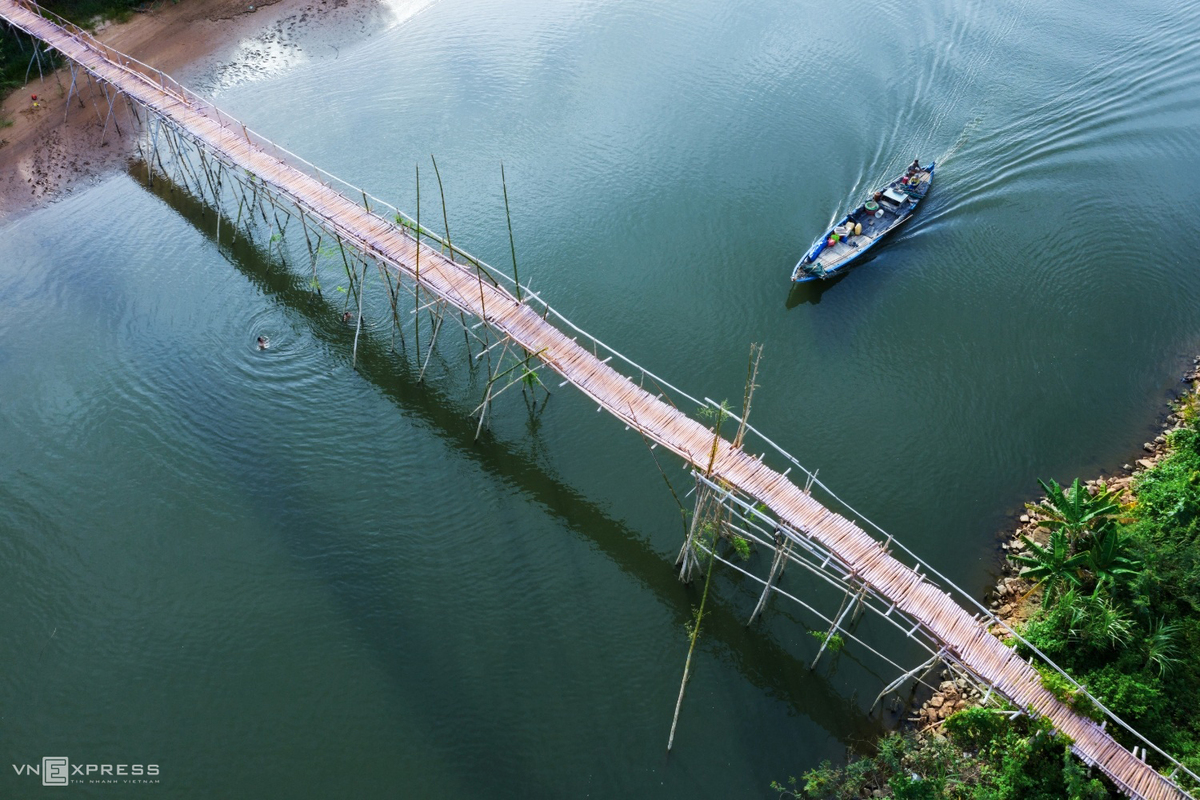 This bamboo bridge is symbolic of Cam Dong Village, Dien Phong Commune of Quang Nam Province in central Vietnam. From above, the simple structure resembles a strip of silk spun across Vinh Dien River. 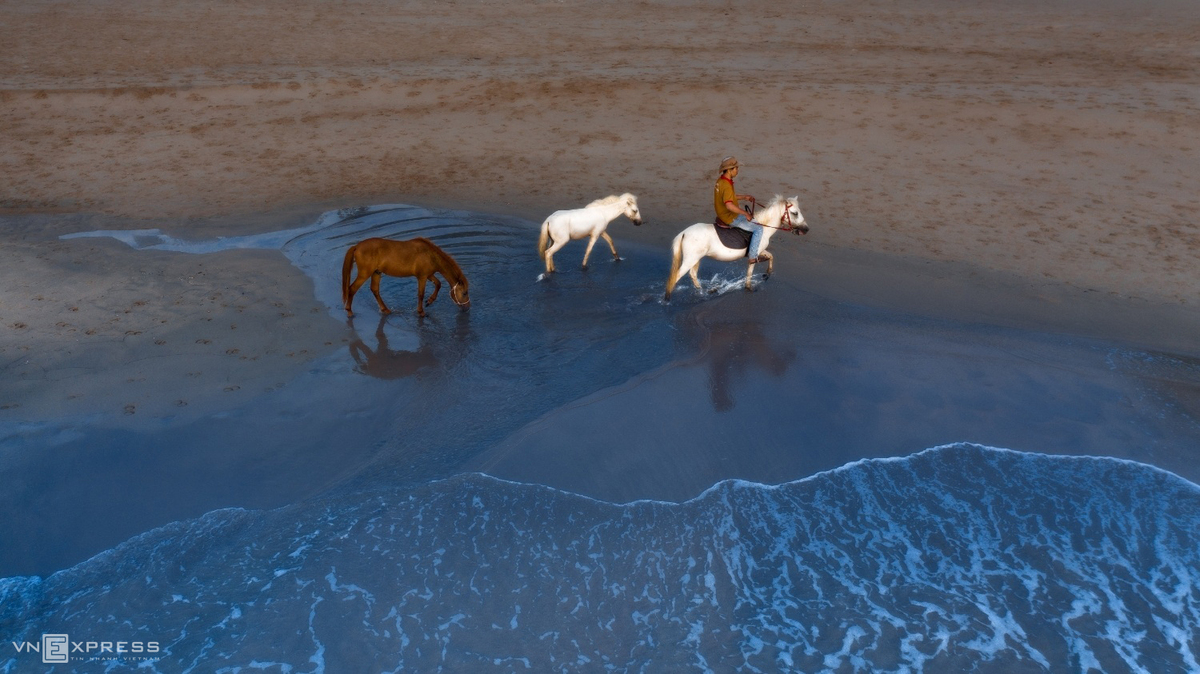 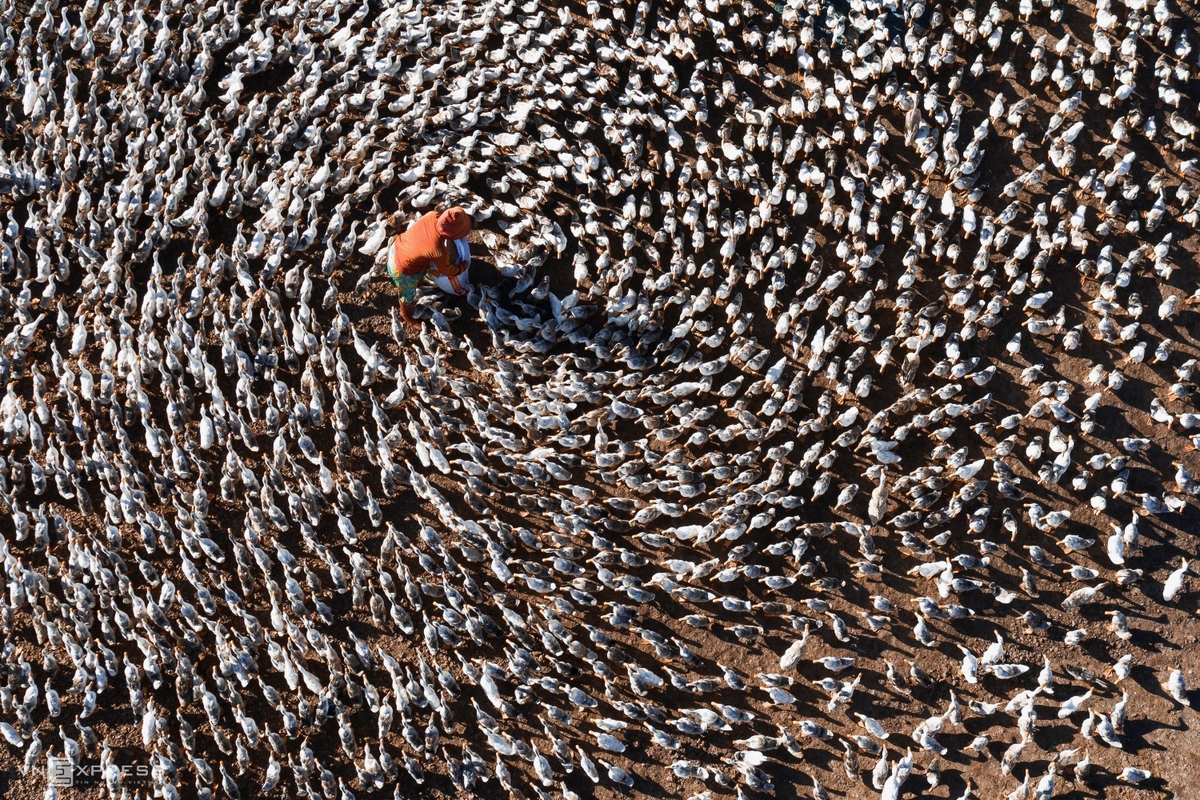 A farmer is flocked by hundreds of feeding ducks near Tra O Lagoon, Phu My District, south-central Binh Dinh Province. 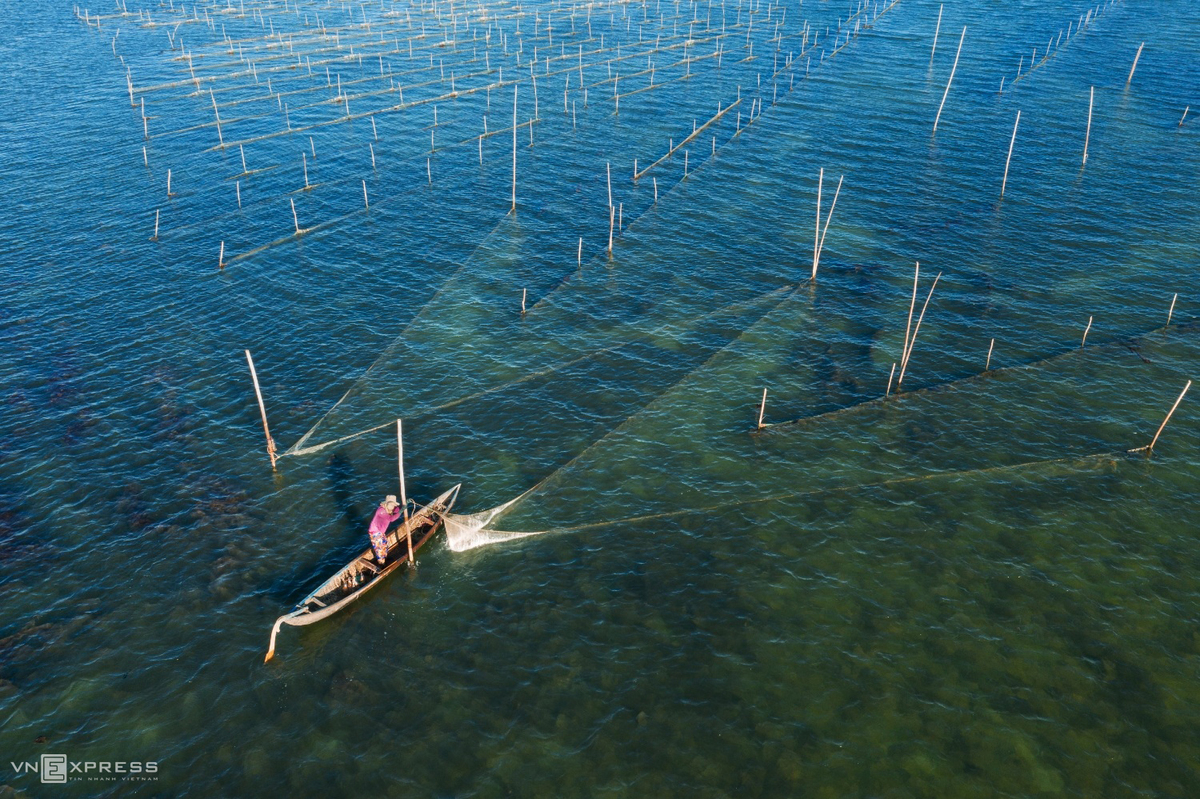 A fisherwoman plies her trade on O Loan Lagoon, Tuy An District of Phu Yen Province in south-central Vietnam.

Locals commonly survive by catching shrimp and fish, using a system of five to eight nets, arranged in a triangular pattern. When it’s dark out, oil lamps are lit at the top of each net to attract prey. 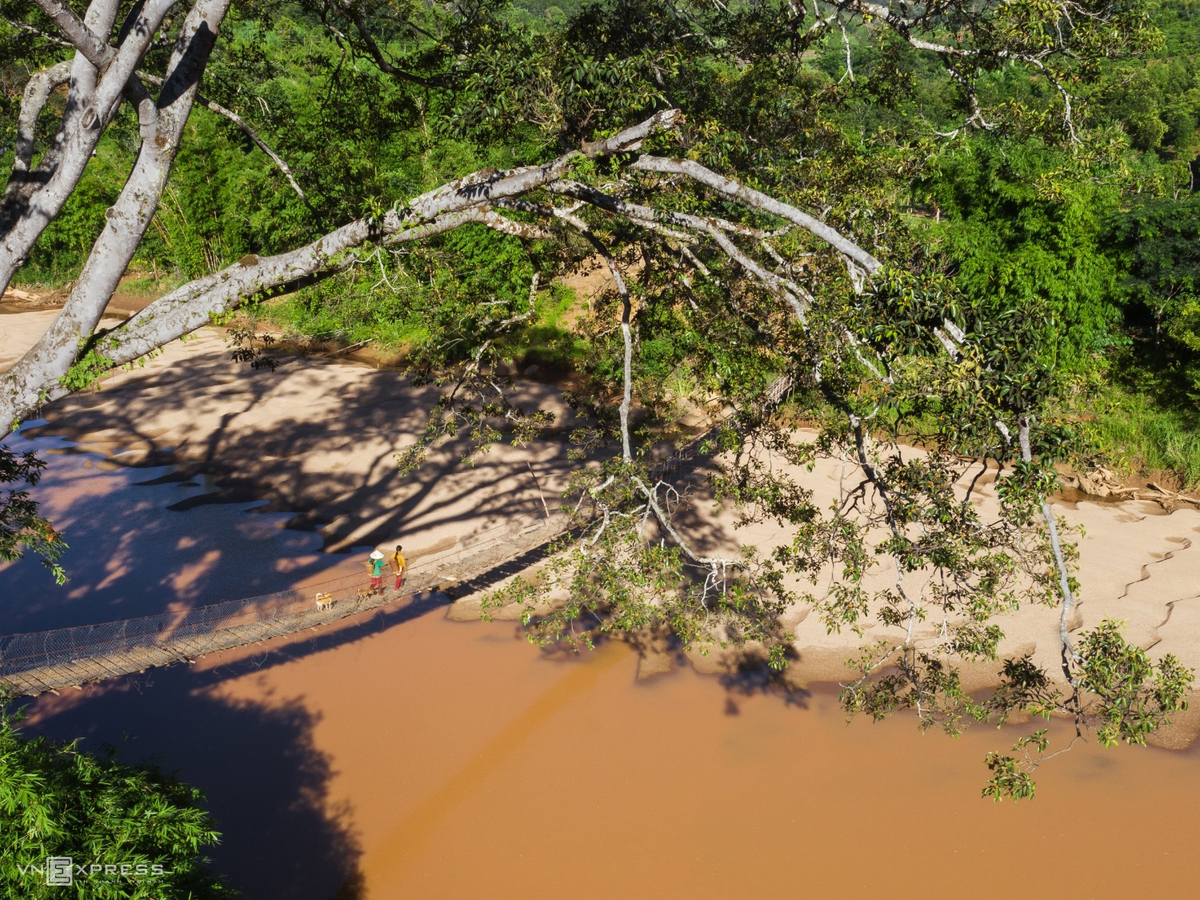 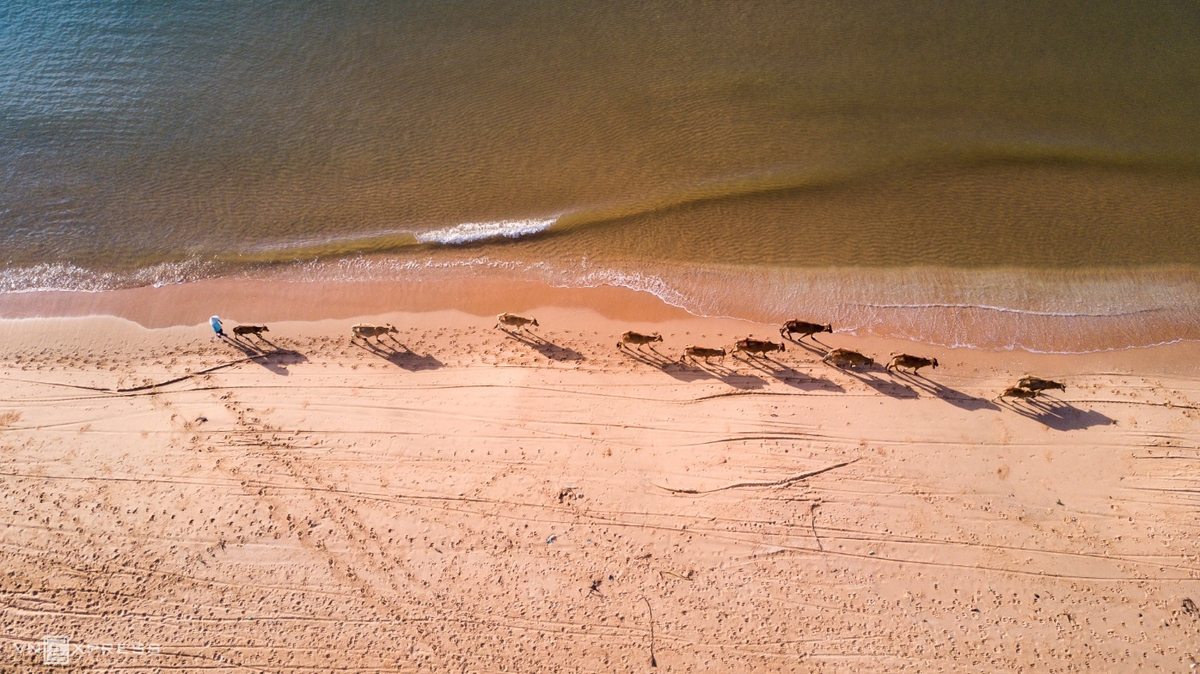 A herd of cows stroll across the sand in Bac Binh District, south-central Binh Thuan Province. 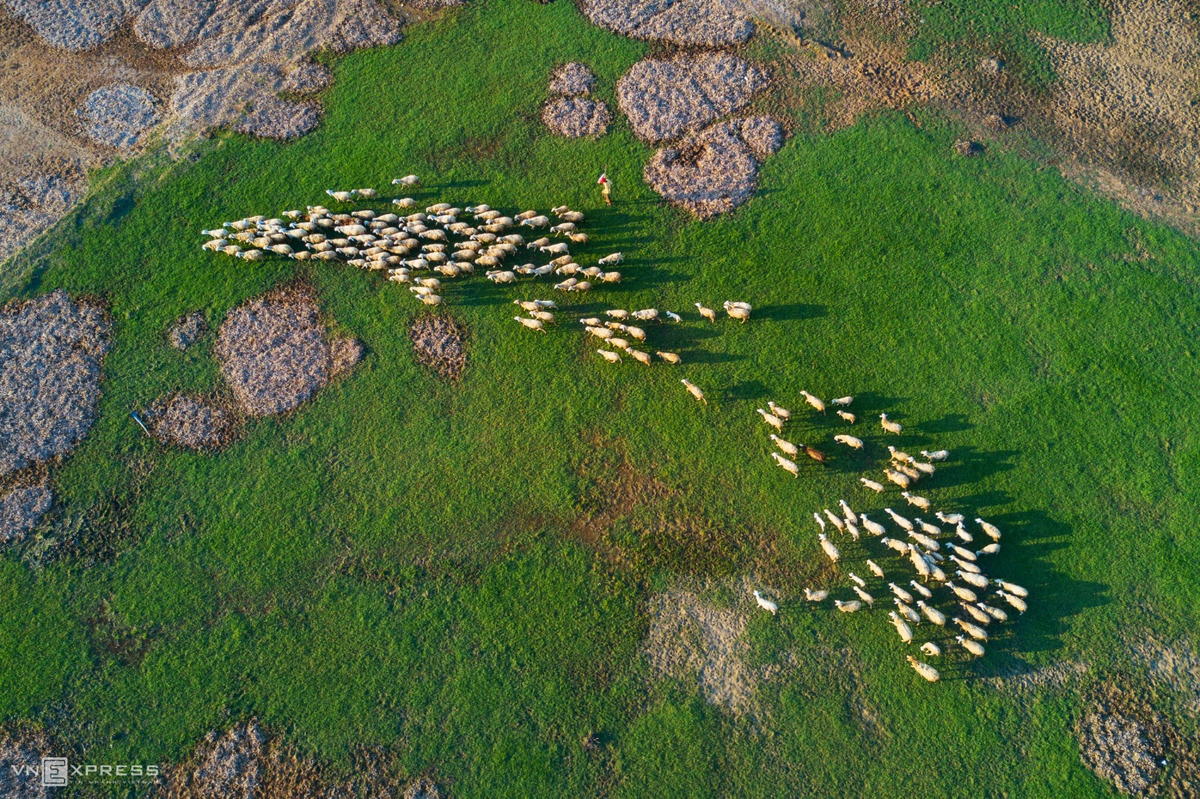 A flock of sheep enjoy the emerald grasslands of Tuy Phong District, Binh Thuan, also in the south-central region.

The author said he had used a drone to provide a diverse angle on local life. 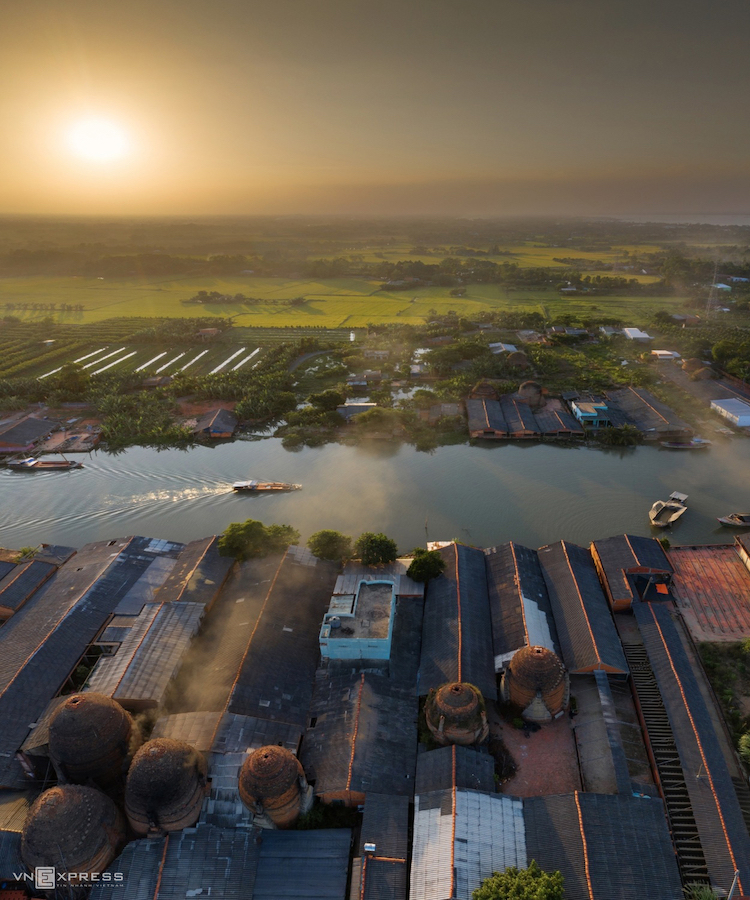 It operates about 1,300 kilns, stretching over an area of ​​3,000 ha, most of which are located along Thay Cai Canal, adjacent to Co Chien River, a branch of the Mekong River. 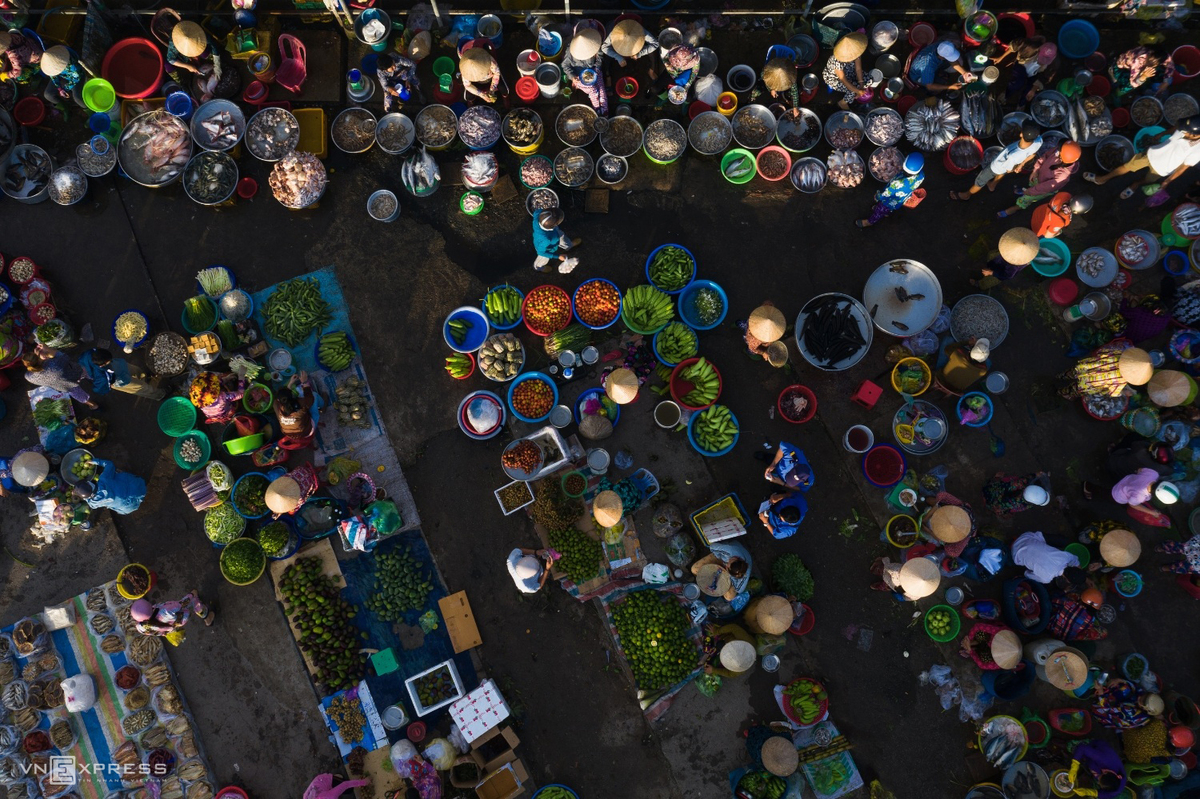 An early morning countryside market at the heart of Vi Thanh Town in the Mekong Delta province of Hau Giang. Each vendor has a fixed location covering an area of ​​2-4 square meters. The market is held from 2 a.m. until noon each day.

I am an attorney in the Washington DC area, with a Doctor of Law in the US, attended the master program at the National School of Administration of Việt Nam, and graduated from Sài Gòn University Law School. I aso studied philosophy at the School of Letters in Sài Gòn. I have worked as an anti-trust attorney for Federal Trade Commission and a litigator for a fortune-100 telecom company in Washington DC. I have taught law courses for legal professionals in Việt Nam and still counsel VN government agencies on legal matters. I have founded and managed businesses for me and my family, both law and non-law. I have published many articles on national newspapers and radio stations in Việt Nam. In 1989 I was one of the founding members of US-VN Trade Council, working to re-establish US-VN relationship. Since the early 90's, I have established and managed VNFORUM and VNBIZ forum on VN-related matters; these forums are the subject of a PhD thesis by Dr. Caroline Valverde at UC-Berkeley and her book Transnationalizing Viet Nam. I translate poetry and my translation of "A Request at Đồng Lộc Cemetery" is now engraved on a stone memorial at Đồng Lộc National Shrine in VN. I study and teach the Bible and Buddhism. In 2009 I founded and still manage dotchuoinon.com on positive thinking and two other blogs on Buddhism. In 2015 a group of friends and I founded website CVD - Conversations on Vietnam Development (cvdvn.net). I study the art of leadership with many friends who are religious, business and government leaders from many countries. In October 2011 Phu Nu Publishing House in Hanoi published my book "Positive Thinking to Change Your Life", in Vietnamese (TƯ DUY TÍCH CỰC Thay Đổi Cuộc Sống). In December 2013 Phu Nu Publishing House published my book "10 Core Values for Success". I practice Jiu Jitsu and Tai Chi for health, and play guitar as a hobby, usually accompanying my wife Trần Lê Túy Phượng, aka singer Linh Phượng. Xem tất cả bài viết bởi Trần Đình Hoành